My Summary of OpenStack PTG in Shanghai

This is my summary of OpenStack PTG which had place in Shanghai in November 2019. It is brief summary of all discussions which we had in Neutron room during 3 days event.

Slides from onboarding session can be found at here In my opinion onboarding was good. There was around 20 (or even more) people in the room during this session. Together with Miguel Lavalle we gave talk about

I hope that this will bring us at least some new contributors in Ussuri cycle :)

After the onboarding session we started “real work” at PTG. Below is desription of various topic which we were talking about during Wednesday, Thursday and Friday.

We had bunch of topics related to potential improvements for neutron-openvswitch-agent proposed mostly by Liu Yulong. Slides with his proposals are available here

Resyncs of DHCP agent are problematic, especially when agent hosts many networks. Proposal was to add new L2 agent’s extension which could be used instead of “regular” DHCP agent and to provide only basic DHCP functionalities. Such solutions would work in the way quite similar to how networking-ovn works today but we would need to implement and maintain own dhcp server application.

Problems of this solution are:

Advantages of this solution:

Team’s feedback for that is that this is potentially nice solution which may helps in some specific, large scale deploymnets. We can continue discussion about this during Ussuri cycle for sure.

We agreed that this is a bug and we should continue work on this to propose some way to fix it. Solution proposed by LIU during this discussion wasn’t good as it could potentially break some corner cases.

The team asked to add to the spec some more detailed and concrete use cases with explanation how this new API may help operator of the cloud to investigate where the problem actually is.

The team agreed that as long as this will be optional solution which operator can opt-in we can give it a try. But spec and discuss details there will be necessary.

We all agreed that this is a bug and should be fixed. But we have to be careful as fixing this bug may cause some other problems e.g. with live-migration - see nova-neutron cross project session.

We all agreed that this can be done as an improvement of existing code. Similar option is already used in openvswitch firewall driver.

Etherpad for the session is at here. Cyborg team wants to include Neutron in workflow of spawning VMs with Smart NICs or accelerator cards. From Neutron’s side, required change is to allow including “accel” data in port binding profile. As long as this will be well documented what can be placed there, there should be no problem with doing that. Technically we can place almost anything there.

Etherpad for the session is here. Kuryr team proposed 4 improvements for Neutron which would help a lot Kuryr. Ideas are:

All of those ideas makes sense for Neutron team. Tag resources at creation time is even accepted rfe already - see RFE but there was no volunteer to implement it. We will add it to list of our BPs tracked weekly on team meeting. Miguel Lavalle is going to take a look at it during this cycle. For other proposals we need to have RFEs reported first.

Starting the process of removing ML2/Linuxbridge

Currently in Neutron tree we have 4 drivers:

SR-IOV driver was out of discussion there as this driver is addressing slightly different use case than other out drivers.

We started discussion about above topic because we don’t want to end up with too many drivers in-tree and we also had some discussions (and we have spec for that already) about include networking-ovn as in-tree driver. So with networking-ovn in-tree we would have already 4 drivers which can be used on any hardware: linuxbridge, ovs, macvtap and ovn.

Conclusions from the discussion are:

Actions to do after this discussion:

Interesting topic proposed but we need to have RFE and spec with more detailed informations about it to continue discussions.

This is continuation of old RFE. The only real problem is to choose proper IPv6 address which will be well known address used e.g. by cloud-init. Original spec proposed fe80::a9fe:a9fe as IPv6 address to access metadata service. We decided to be bold and define the standard. Bence Romsics and Miguel Lavalle volunteered to reach out to cloud-init maintainers to discuss that.

Since some time we have in review spec about ml2/ovs and ovn convergence. See patch for details. List of parity gaps between those backends is available in the etherpad.

Next action item on this topic is to write more detailed summary of this topic and send it to ML and ask wider audience for feedback.

Generally team supports idea which was described during this session and we should change sligtly IPv6 config on e.g. devstack deployments.

We discussed about RFE. This will require also changes on placement side. Check this email for details. Also some cyborg and ovn related changes may be relevant to topics related to Edge. Currently specs which we have are only related to ML2/OVS solution.

Etherpad for this session is here. Summary written already by gibi can be found in the email. Here You can find image which shows in visual way problem with live-migration of instances with SR-IOV ports.

The goal of the session was to plan on Neutron’s side similar effort to what services like nova are doing now to use new roles like reader and scopes, like project, domain, system provided by Keystone. Miguel Lavalle volunteered to work on this for Neutron and to be part of popup team for cross project collaboration on this topic.

Miguel Lavalle shown us his new profiling decorator and how we all can use it to profile some of API calls in Neutron.

This was follow up discussion after forum session. Notes from forum session can be found in the etherpad. Nate also prepared some good data about stadium projects activity in last cycles. It can be found at sheet and here for details. We all agreed that projects which are in (relatively) good condition now are:

We decided to immediately remove neutron-interconnection project as it was never really implemented.

There is still interest of doing this. Lajos Katona started adding some scenario tests for routed networks already as we need improved test coverage for this feature. Miguel Lavalle said that he will possibly try to work on implementing this in Ussuri cycle.

We talked about couple potential improvements of existing L3 agent, all proposed by LIU Yulong.

Old RFE was approved for neutron-fwaas project but we all agreed that this should be now implemented for security groups in core Neutron. People from Nuage are interested in work on this in upstream. We should probably also explore how easy/hard it will be to implement it in networking-ovn backend.

During this session we decided to abandon many of old specs which were proposed long time ago and there is currently no any activity and interest in continue working on them. If anyone would be interested in continue work on some of them, feel free to contact neutron core team on irc or through email and we can always reopen such patch.

We will track progress of community goals weekly in our team meetings.

As some time ago our main neutron-lib maintainer (Boden) leaved from the project, we need some new volunteers to continue work on it. The list of things todo is available at the etherpad This should be mostly important for people who are maintaining stadium projects or some 3rd party drivers/plugins so if You are doing things like that, please check list from etherpad and reach out to us on ML or #openstack-neutron IRC channel.

On Tuesday evening we also had team dinner together. It was really great experince and pleasure to be with all people from Neutron team and with some friends from other teams, like folks from Octavia or QA teams :) Below are some pictures from our team dinner. 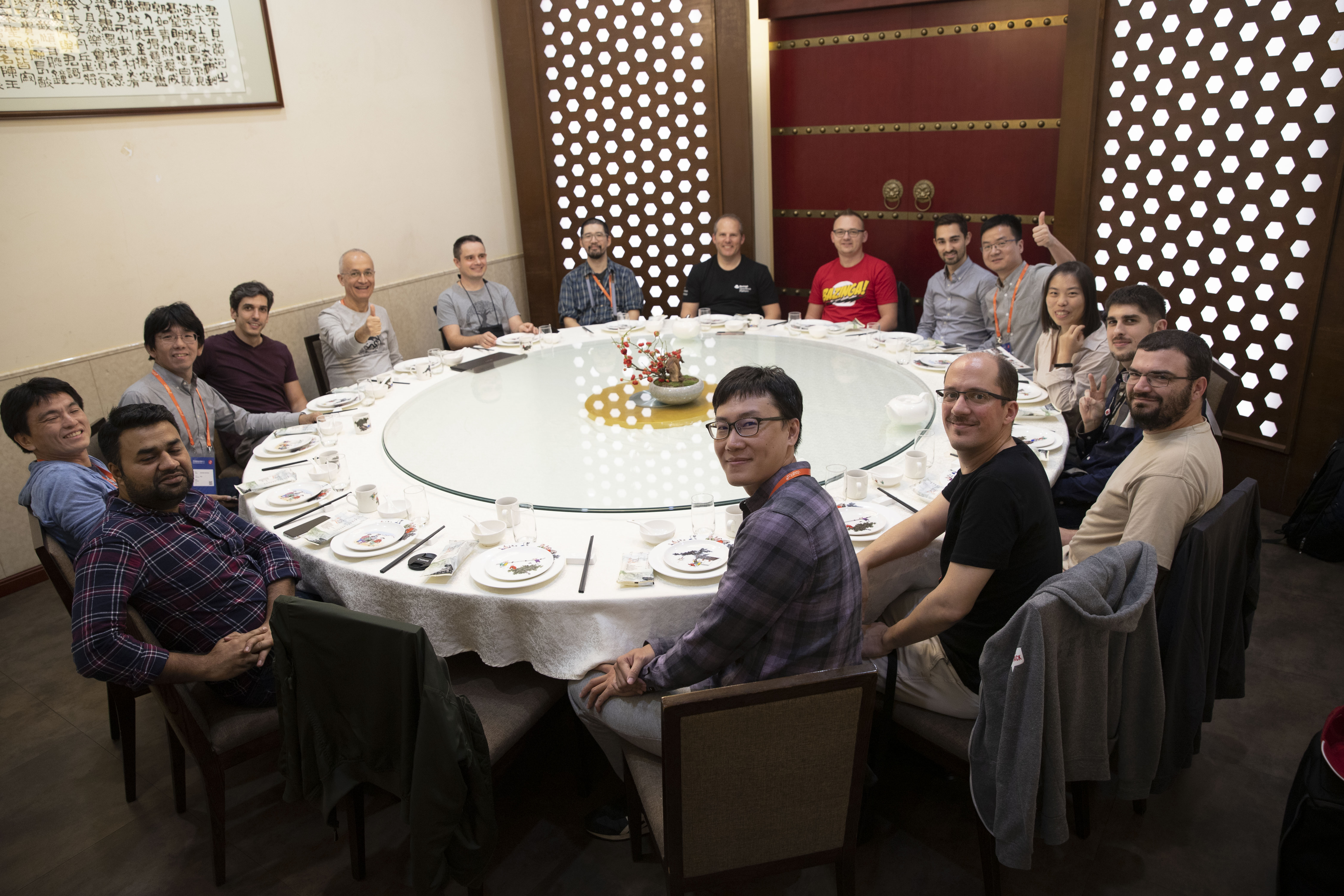 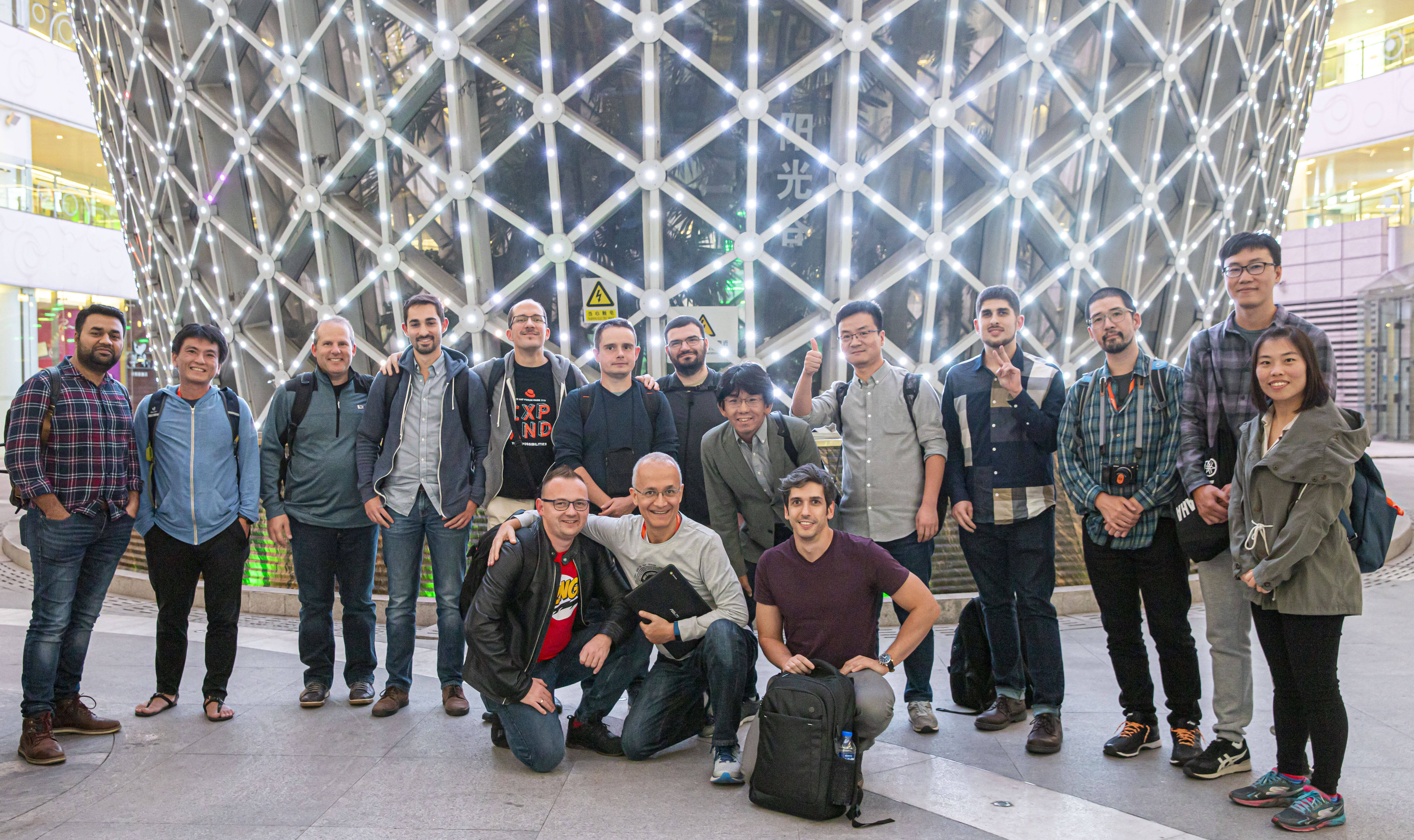 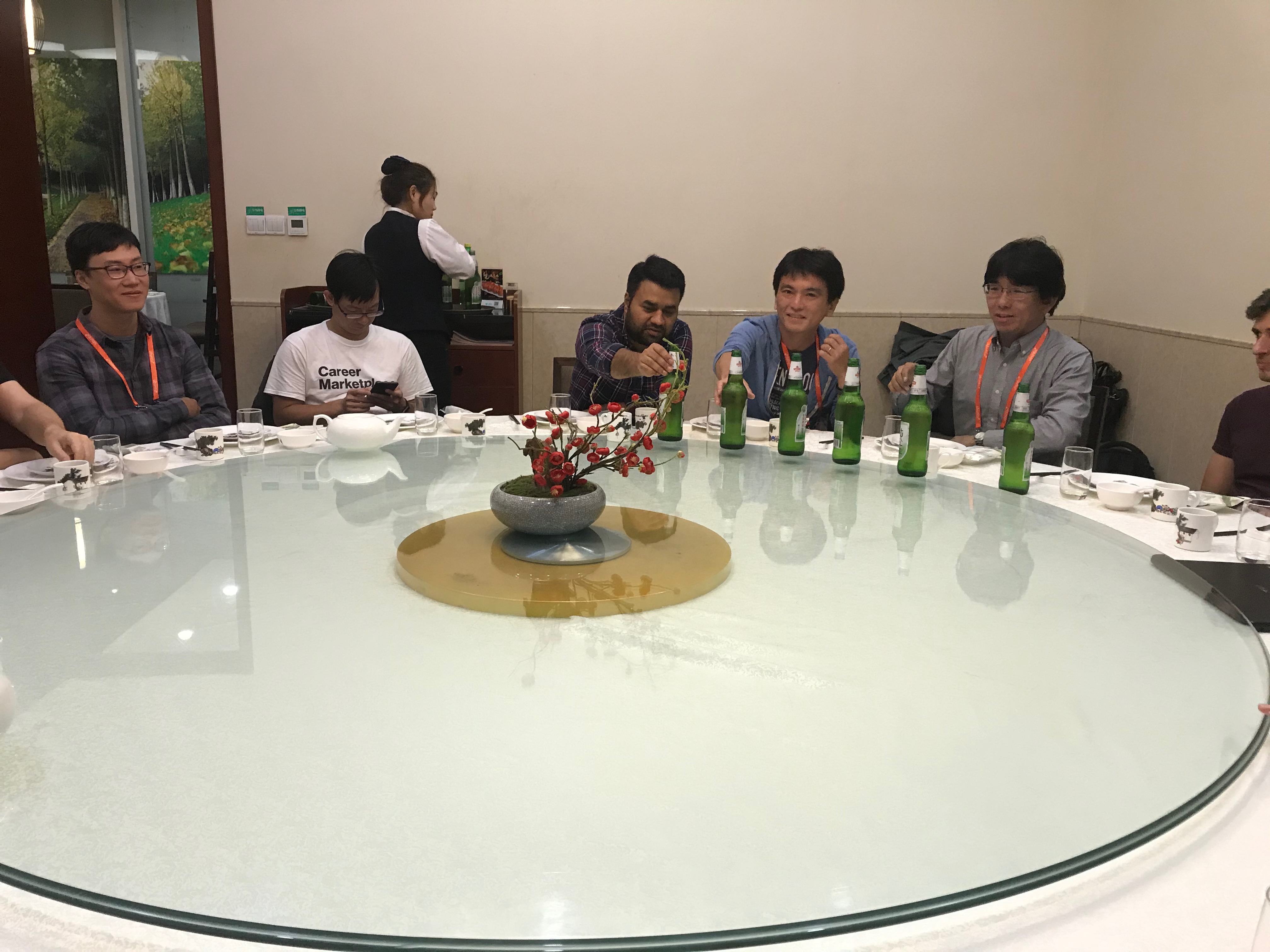 And that’s the end of this summary. Thank You if You read it all up to this point. At the end I want also to thank all people who were in Neutron room during this PTG and who participated in discussions. It couldn’t be so effective without all of You :)

And I also want to say thank You to some people who helped me most in Shanghai: